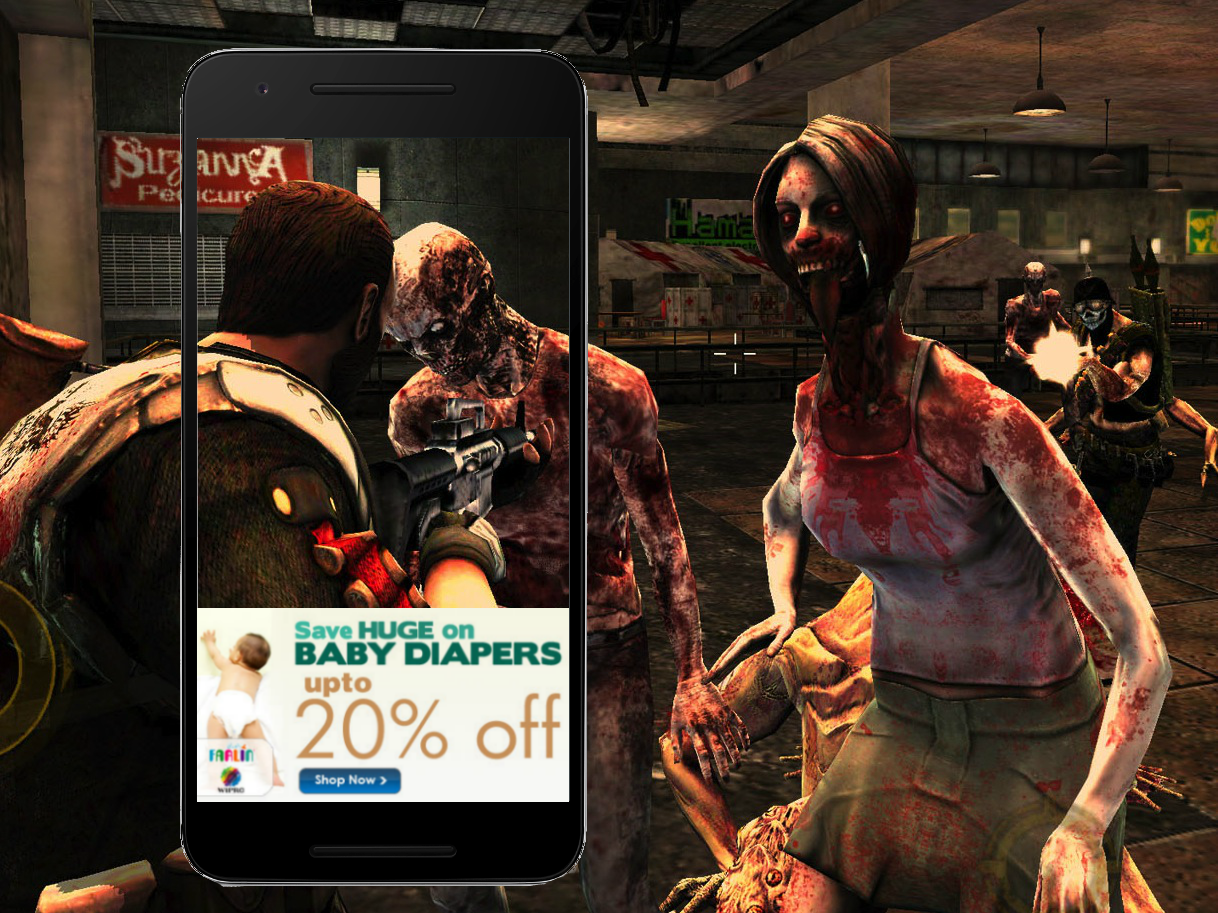 One in five people already block mobile ads. 70 million Americans will turn on an ad blocker on their mobile device in 2016. That number will jump to 87 million in 2017, per eMarketer. On a global scale, the numbers are staggering. PageFair revealed that 418 million mobile users already block ads on their smartphones. That is 22% of the world’s 1.9 billion mobile users.

Between gamers and their zombies

LotaData ran an informal survey of mobile users. The below list emerged as the top reasons in favor of ad blocking.

Mobile ads are annoying indeed. They blink, they slide in and out, they follow, they tease and they irritate. They are smack in the middle of news feeds. They dance around the edges of mobile games. They creep into virtual experiences with 3D distractions. They mindlessly retarget for products and services, long after the moment has passed.

Mobile users have finally sounded the battle cry. They are fighting back using ad blockers. They are enforcing their right to a pristine experience on their mobile devices.

Ad blocking apps and browser extensions have grown exponentially over the past few years. Adblock Plus perhaps is the harshest enforcer in apps town, but they are not alone. Google Play lists many ad blocking options. Apple too has approved a sizeable selection of ad blocking apps in their store.

Recent announcements from Apple and Google to support ad blocking in their mobile browsers and app stores could upend mobile advertising. These tectonic shifts in the mobile ecosystem are necessary and timely.

By embracing ad blockers en masse, consumers have delivered a unanimous message to publishers and advertisers. Evolve or die.

Favorite apps out of business

Ad blocking is hitting publishers and developers in their digital guts. Per Adobe, 21.8 Billion in global ad revenue will be blocked this year. Games are impacted the most. The below chart from PageFair show the revenue impact by mobile app category.

This is an existential crisis for the media industry. The irony of it all is that mobile users are inadvertently putting their favorite apps out of business.

Users block ads in their favorites apps and mobile experiences. Blocked ads choke the revenue pipe for publishers and developers. This reduces their ability to create and share more compelling experiences with mobile users. Ad blocking in fact appears to be enabling mobile users to unknowingly condemn their most favorite apps to a slow and painful demise.

It doesn’t take a technology wizard to figure out how ad blockers work. When a mobile user opens an ad-supported app, the app quickly connects to ad servers that display ads on the screen. Ad blockers put a wall between the app and the ad servers, stopping ads in their tracks.

Ad blockers are available in many flavors with varying levels of effectiveness.

Network level ad blocker : Enforced by mobile carriers and operators, this is the most potent form of ad blocking.

On device ad blocker : With proxies and VPNs, this approach is effective in cleansing ads across mobile apps and websites.

In-browser ad blockers : Built as extensions for mobile and desktop browsers, these can remove ads from websites and also improve load times.

Consumers have accepted the value exchange of ads served to them in free mobile apps. It would be unreasonable to fault the app developer or publisher for introducing mobile ads in an effort to monetize their apps and to continue providing free content and services to their users. So who are the real culprits here?

While the blame is to be shared by all parties in the advertising value chain, the bulk of it resides with the ad networks and programmatic exchanges. These bad actors are notorious for failing at many different levels. Advertising networks do not always ensure the highest quality, performance and relevance. The profiles and segments that trigger ads do not accurately represent the user. The served ads lack adequate situational context, resulting in ads not getting displayed at the right place and the right time.

Mobile users are amenable to viewing a relevant and personalized message at the right moment. But those are the exact terms that ad networks and exchanges struggle to understand: (1) relevant, (2) personalized, (3) right moment.

The all too predictable knee jerk reactions from the advertisers and marketers to ad blocking ranged from total paralysis, to denying the problem, to threatening legal action. The Interactive Advertising Bureau (IAB) finally outlined a range of communications and response tactics for publishers to give consumers a clear understanding of how ad blocking affects the free content value exchange. They coined a new framework called DEAL (Detect, Explain, Ask, and Limit) to allow consumers to make an educated choice about turn off ad blocking to access free content or select another options.

Is this an effective framework? Is this too little and too late?

Engaging mobile users in the age of ad blocking

Mobile experiences are meant to be lightweight, zippy and instantly gratifying. Somewhere along the way, we lost sight of the core principles that made ads successful in the first place. Revenue-gorging ad networks built their proprietary black boxes. Programmatic exchanges ran faster to optimize for dollars earned by serving more ads per millisecond.

But that shall now change. The ad blocking onslaught is a blessing for consumers as it forces the advertising ecosystem to evolve rapidly. Such an evolved ecosystem should be based on the below tenets:

Transparency : Any and all data, including profiles and segmentation that is used to serve ads should be open and shared back with consumers. Mobile users should have complete control to clear out data that is inaccurate, irrelevant or just too personal.

Relevancy : Every effort should be made to infer the situational context and only serve ads that are relevant to the consumer at that moment. At LotaData, we are doing our part to help the ad ecosystem achieve this goal with "true profiles", 100% privacy compliant behavioral profiles and segments derived from LotaData's patented "moments intelligence" applied to mobile location signals.

Honor code : The advertising ecosystem should self police, enforce frameworks with thresholds and weed out bad actors. This perhaps is the most challenging tenet that requires a fundamental shift in mindset. But this needs to get done.

Data is to smart cities as water is to life. The pandemic has accelerated the