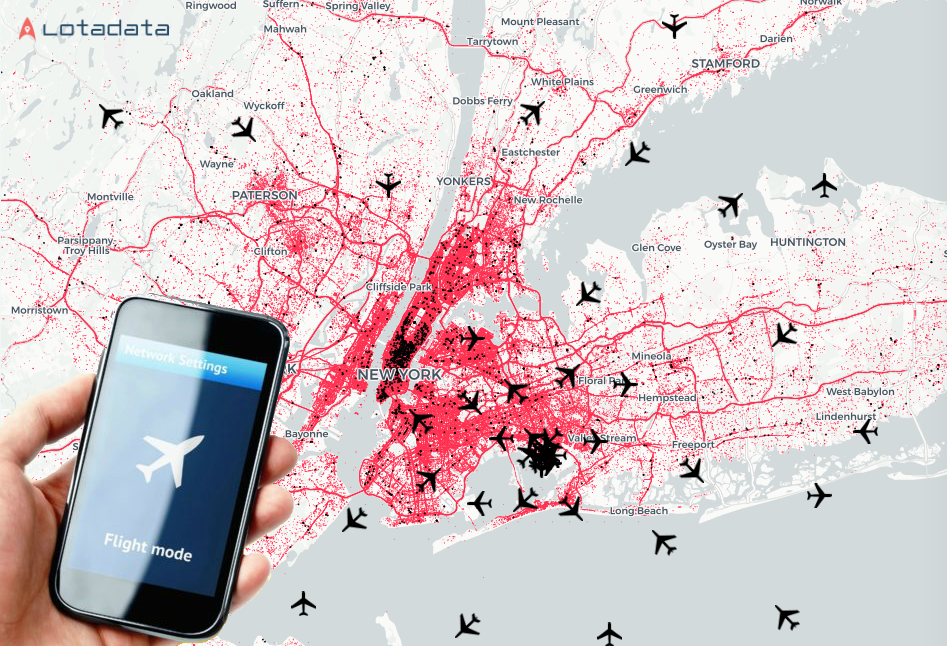 "Please set your portable electronic devices, including any mobile phones, to flight mode," boomed the Flight Service Manager as she rushed past my seat. This was my third warning. The aircraft turned onto the runway. With a guilty glance, I continued to feverishly trace words on my phone to send out the last few messages before take off.

Sounds familiar? Every one of us has on occasion tested the patience of airline crews. Despite the clear request at the beginning of each flight, at least half of all phones, whether inadvertently or out of laziness, are left on during flight. When surveyed, many passengers admitted they had "accidentally left a device on during takeoff or landing."

US Federal Communications Commission (FCC) regulations prohibit the use of mobile phones aboard aircraft in flight. Specifically, the 800 MHz SMR band is prohibited on aircraft that fly at altitudes over one mile. There are no such restrictions on the airborne use of the AWS, PCS, WCS, 700 MHz, or AWS-4 bands. In other words, none of today's Android devices or iPhones are restricted by FCC regulations.

Contrary to popular misconception, the Federal Aviation Administration (FAA) does not actually prohibit the use of personal electronic devices including cell phones on aircraft. The FAA leaves it up to the airlines to determine if devices can be used in flight, allowing use of "any portable electronic device that the operator of the aircraft has determined will not cause interference with the navigation or communication system of the aircraft on which it is to be used."

In Europe, some airlines allow limited use of passenger mobile phones on commercial flights through picocells, but most airlines still do not. Even those that do, often ban the use of mobile phones during take off and landing.

Archaic policies and regulations aside, how many people actually comply with airline instructions to turn off their mobile phones during take off and landing? Using geospatial analytics and location intelligence, one is able to find active mobile signals on runways to test the extent to which people use their mobile devices. The busiest airports in and around New York are ideal for such research.

US pilot Patrick Smith shared his views on the subject in his book, Cockpit Confidential: "Could a device interfere with the flight? It depends on the gadget and how and when that gadget is used. Can cellular communications really disrupt cockpit equipment? The answer is potentially yes, but in all likelihood no, and airlines and the FAA are merely erring on the better-safe-than-sorry side. However, if say 100 people on board are inconsiderate enough who can’t be bothered to switch their cell radio off, there will be 100 phones constantly looking for cell towers at maximum power. That could result in a lot of radio pollution."

Drop us a line if you'd like to understand the methodology for sifting through billions of location data points to get to the ground truth using CITYDATA's fully automated self-serve platform.